Pastor Munfano Farini Desire is the founder of Integrity School in Dzaleka Refugee Camp, in Malawi — a school serving more than 800 children that did not even exist five years ago. This is his story of courage, persistence, and love of children.

The newly-married Pastor Desire fled the Republic of Congo in 2012 in the midst of turmoil that struck right at home. When his older brother fell victim to conflict, his mother pleaded that she “did not want to lose him too.” He and his wife managed to escape, only to find themselves endangered and homeless.

Then the Pastor and his wife found a path back to their life of teaching and service: a Malawian camp accepting refugees.  When they arrived in Dzaleka, they didn’t know a soul. But again fate intervened when the Pastor at Integrity Church agreed to house the couple at the small house at the Church. This modest dwelling later became the first classroom at Integrity School.

They had found a home — and a great purpose. 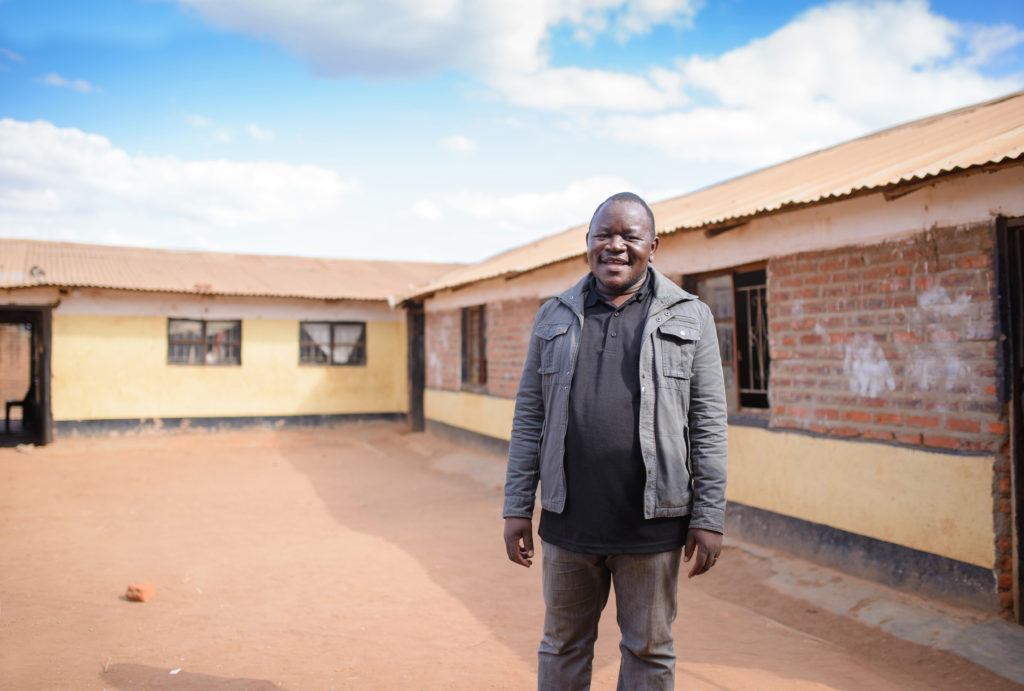 After a year, Pastor Desire was invited to lead the Church. When he asked the community its top need, the answer was resounding: education. More than ten thousand children in the camp had only one preschool, one primary school, and one secondary school. Pastor Desire saw a single teacher struggling to serve 150 children. Newly a father, he felt that education must be addressed – not only for the future of his son but of all the children.

The question was: how? The Pastor’s vision was to start with what they had, and build from there.  What these refugee families had (from UNHCR) was an allowance of maize. The families each pitched in a portion of their allotment to help make bricks for school buildings, and sold maize to buy iron sheets and timbers to build the first classroom. By the end of 2014, they were running a preschool program with 25 children. 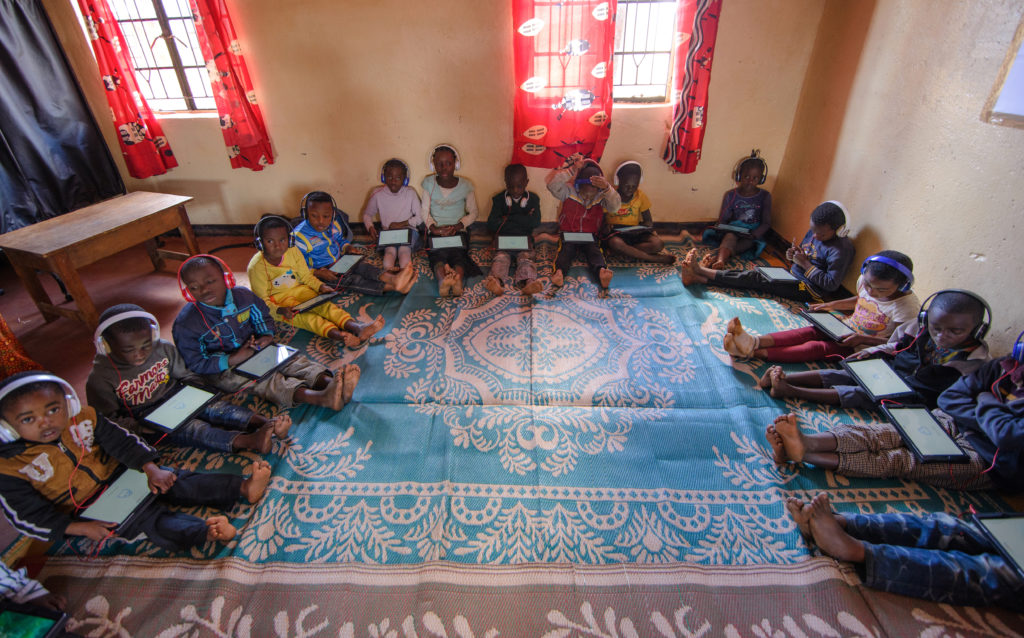 The Pastor is amazed to see the technology lighting up the children’s passion to learn.  He says that “even those who are behind in normal classes are improving…many students are motivated to come to school because of this program.” He hopes to add literacy along with mathematics, and to expand the reach to children across all age levels.

When asked about his overall hopes for the future, Pastor Desire says: “75% of kids in the camp do not have an educational opportunity. Our vision at Integrity is to see all those children in the classroom. It seems impossible, but when we started we had 25 learners and now we have 820 learners. I think to have those 75% in the classroom is possible.”  His vision is large: “The future of those children, countries, and the world is the reason we started this school.”

His vision is forward-looking. Pastor Desire believes that “the future of those children, countries, and the world is the reason we started this school.”